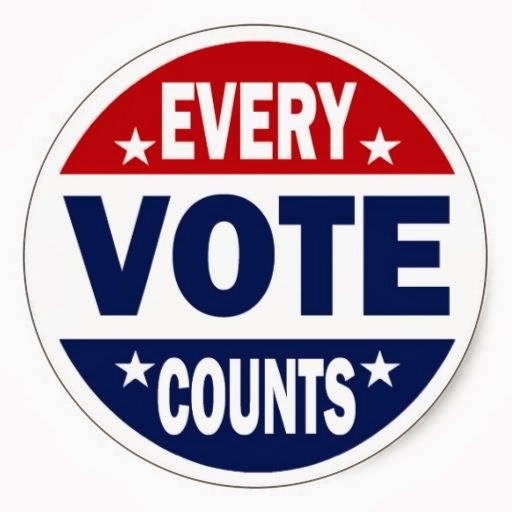 I’VE said it before and I’m saying it again now: wars have been fought, and many, many people have died to protect your right to choose your leaders. Be proud that you live in a country like that; many places are ruled over by tyrants, and despots, and others who in a properly civilised society would be in jail. You have the right, so don’t let your country down by not casting a vote. Your vote is your voice.

Your vote COUNTS. Never, ever, think that it doesn’t. And in this election it doesn’t just count; it’s vitally important to stand up and be counted. This country—and others—will suffer if Trump gets to move into the White House. I don’t see how any sane person would want to give a lying, bigoted misogynist the keys to the country, or access to the nuclear launch codes.

The Brexit vote in the UK recently was a disaster, but what made it particularly bad was that after it went the wrong way I was reading about people who voted Leave because they thought their vote didn’t matter. Their votes counted, and your votes will count on November 8. Don’t make the Brexit mistake.

Vote. Get out and vote. Do it now, if you can. And even if you can’t bring yourself to vote for Clinton, then vote for anyone else but Trump.