NEDERLAND, Colorado—which is about fifty miles from our home—has a yearly celebration based around a bizarre but true story involving a Norwegian guy, frozen solid and kept in a Tuff Shed right there in Nederland. I won’t go into the details but you can read all about it here.

We first heard about this whole thing a few years ago and we’d planned on being there sometime. Yesterday the subject came up and we wondered if maybe we’d missed it (again). And it turned out that it was happening, this weekend. It was a bit late to think about going up there yesterday, so we decided to leave it until today. Accordingly, this morning, early, we hit the road.

Being there on the Sunday we probably missed some of the real highlights, but there was still much fun to be had. Highlights…

We took off after that. We would have stayed longer, but I think we’d seen most of the Sunday events by that time and in any case we were both feeling the effects of the altitude, I think. (Nederland is at around 8,200ft elevation). A couple of short stops on the way home to get a picture of the iced-over reservoir and some guys climbing a huge rock, then home in time for tea. All in all a great day. 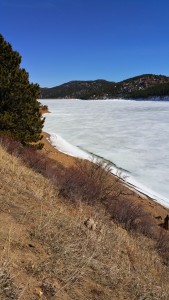 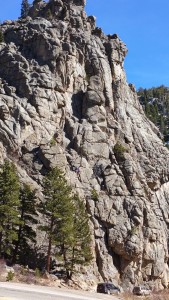